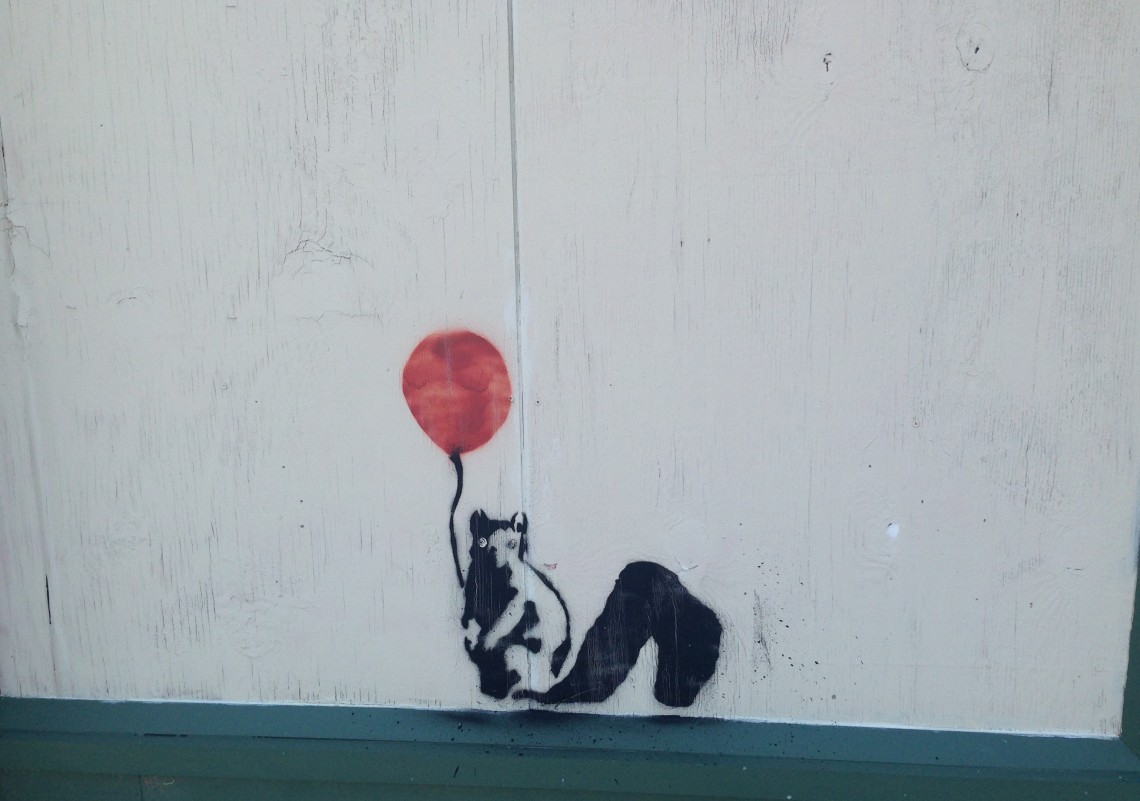 I’m listening to podcasts in the car, alone, on the 3-hour drive to Memphis. Stephen Tobolowsky is on The Nerdist talking about the health problems he’s faced throughout his life and what he’s learned from them. “The greatest gift in the world we have is time,” he says. I keep hitting rewind to listen to him say it again.

I’m sitting at a bar in Overton Square, openly sulking because my best friend Katelyn was supposed to meet me here, for a fun night together, but her flight from Portland got canceled. I’m drinking a watermelon cocktail called “the farmer’s daughter.” The bartender keeps looking at me sympathetically and saying, “Are you OK, babygirl?” There’s a couple next to me on a first date. They sip their drinks in silence for a long time and finally the guy says, “So, do you like Dr. Who?” The girl says no. Twenty minutes later, he asks again.

The next morning, after breakfast, I’m walking around downtown. I’m still in a serious funk, feeling lonely and sorry for myself. I like traveling alone, I think, but not when I was supposed to be traveling with my best friend. I’m playing the victim card, hard. Ignoring the sidewalk cafes and beautiful old buildings and even the majesty of the Mississippi River one block over, focused instead on my tragic plight. I decide to call my mom. “I’m in Memphis alone and I’m depressed,” I say. I tell her about Katelyn’s canceled flight and that I basically just drove 200 miles by myself to have a pity party. My mom genuinely empathizes for about 30 seconds and then gets to telling me — in the kindest way possible — to snap the hell out of it. “Nona, you’re in Memphis! You have a whole day to do whatever you want to do! What was it that Kurt Vonnegut said? ‘Unexpected travel plans are dancing lessons from God.’ SO GO DANCE.” Her words are like a bucket of ice water dumped on my head. Jarring, energizing, exactly what I needed. By the time I thank her and hang up the phone, I feel reborn. I’m ready to dance. 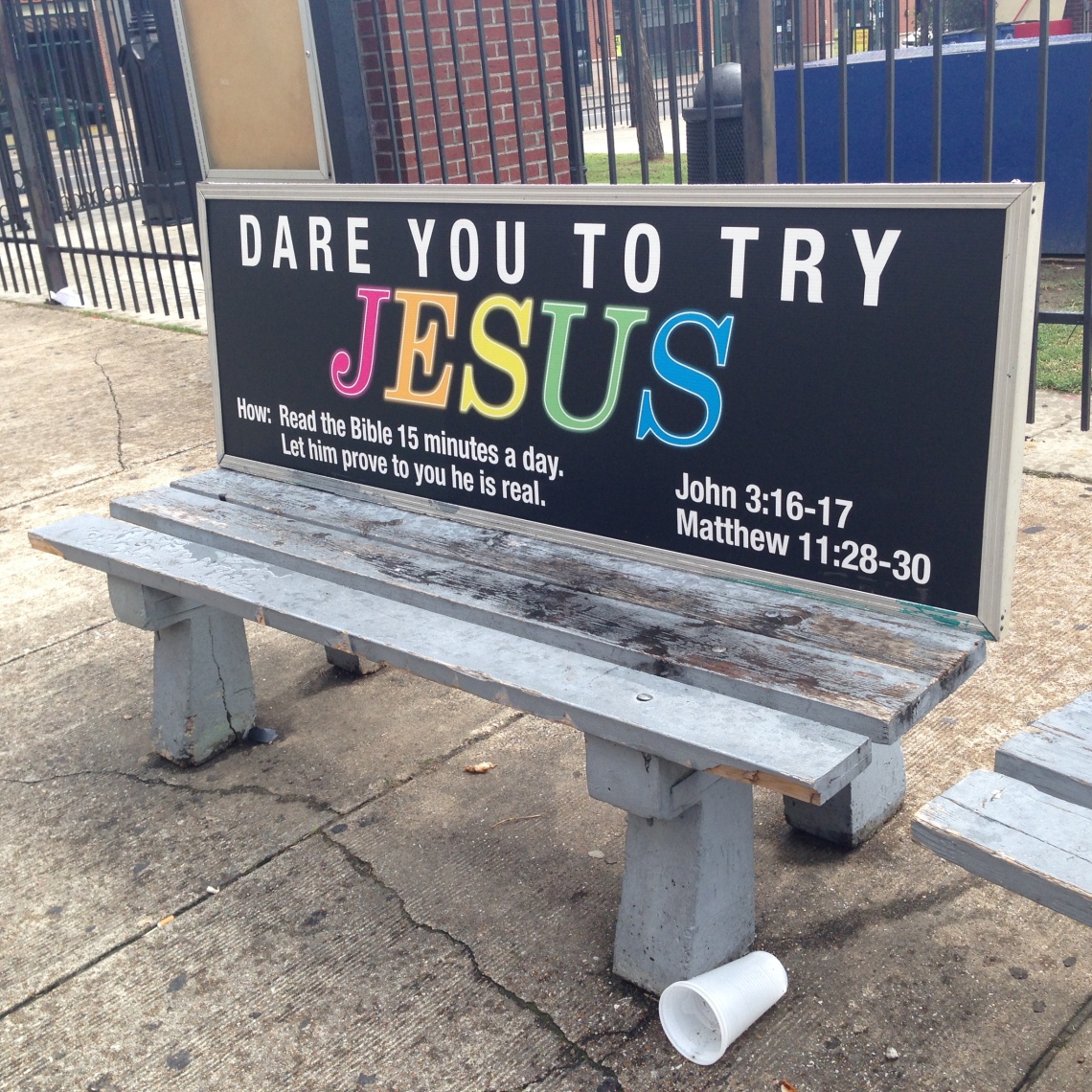 Now I’m walking along Beale Street at 8 in the morning, in the rain. There’s no one else around. Just empty blues clubs and wet sidewalks. For the first time since I arrived, I’m happy to be alone. It feels like a strange, wonderful gift to see such an iconic place on my own — not just alone on the street itself, but alone in the city.

On the way to the National Civil Rights Museum, I turn a corner and am suddenly face to face with the Lorraine Motel balcony where Martin Luther King was assassinated. It’s been preserved to look exactly as it did on that day, right down to the vintage cars parked underneath. My breath catches in my throat. Getting closer, I hear his speeches being played on loop. It’s still early in the morning, but there’s a large group of people gathered here, listening. I join them. The history, the loss, the pain, it’s all palpable. It’s real and immediate. It hurts. 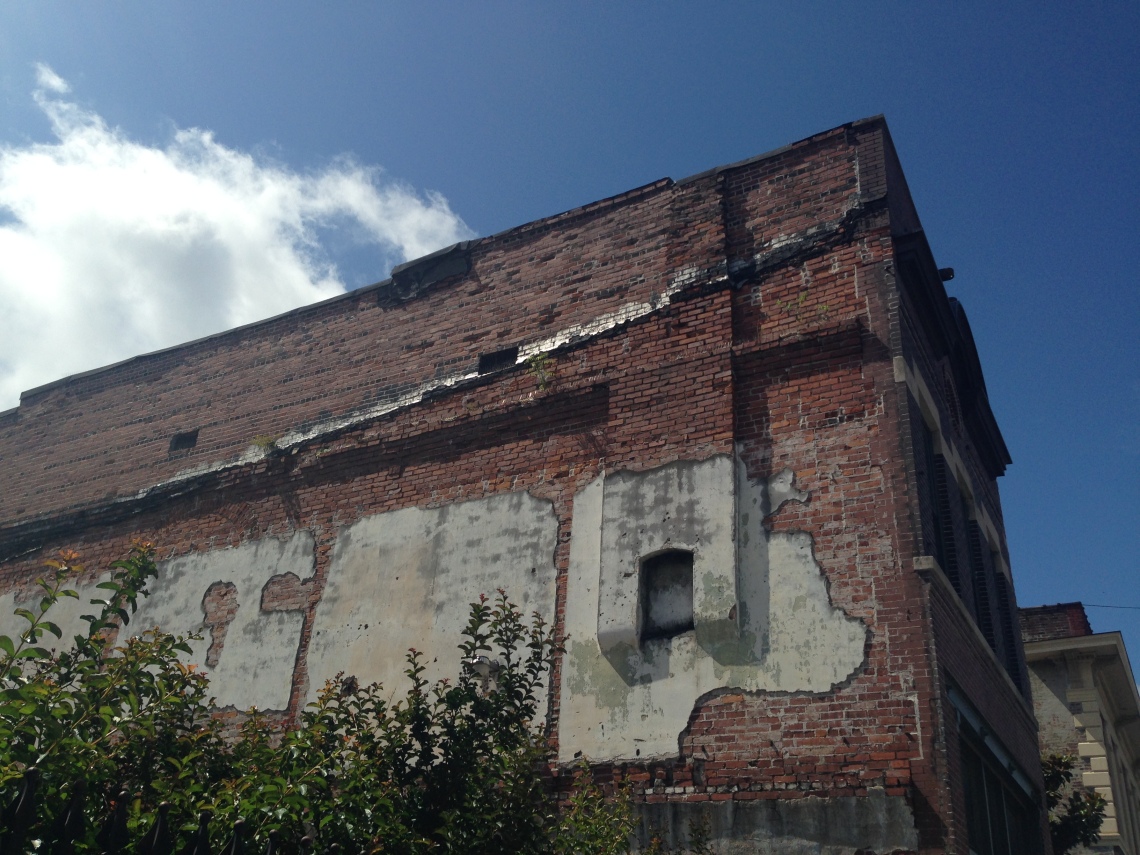 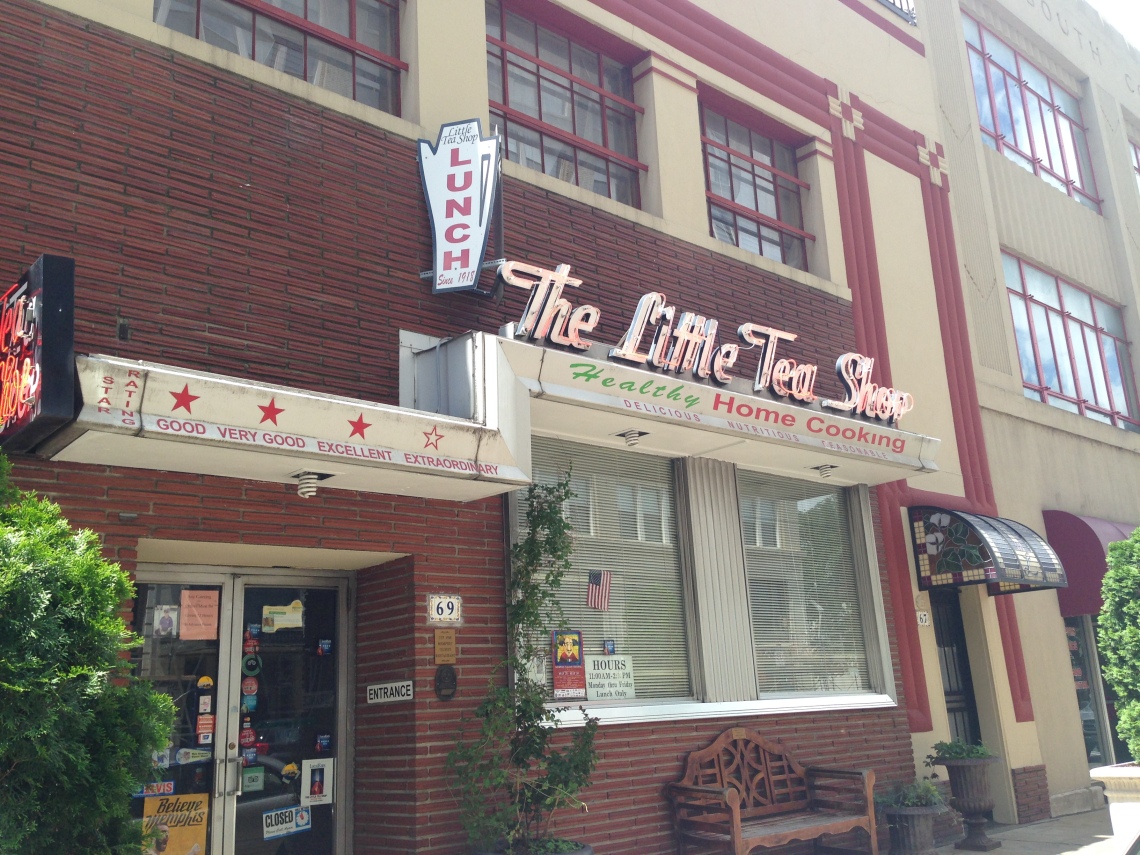 I’m at a candy shop. There are rows of glass jars filled with toffee, gummy bears, caramels, jellybeans, chocolate-covered everything. I fill two little baggies with chocolate-covered cashews and chocolate-covered Oreos, which are $11.15 and $15.40 per pound, respectively. Both look like generic clumps of chocolate to me, and neither bag is labeled, but the guy at the counter instantly keys their prices into the register before I can even tell him what they are. “Can you tell the difference between all these candies just by sight?” I ask, gesturing to the 30 different jars of identical, marble-sized balls of chocolate behind me. “Oh yes,” he says. “The only two that give me trouble are the dark chocolate espresso beans and the dark chocolate peanuts. Those can get a little tricky.” For some reason I love knowing that there’s a man in Memphis who works at a candy shop who can identify a hundred different chocolates but can’t quite get the peanuts and espresso beans.

I’m at a Mexican restaurant, sitting alone at a table for two near the kitchen. The waiter is insistent on learning my name, so much so that he’s writing it down on a napkin. “W-Y-N-A-D-A,” he spells out triumphantly. “Is that right?” I laugh and tell him no, it’s Winona, like Winona Ryder? He says, “Oh. Well I wouldn’t know how to spell her name either.” Then he squats down next to the table to tell me the specials. “We are famous for our tableside guacamole. It’s perfect for sharing with — oh.” He looks over at the empty chair and grimaces, then turns back to me and says, sympathetically, “Well maybe you can come back with a friend someday and try the guacamole?” I laugh about this exchange until my oyster tacos arrive. They’re delicious.

I’m in the car on the way to Graceland, eating chocolate-covered Oreos and listening to Paul Simon’s “Graceland.” The road is winding through forests, passing old cemeteries and new outlet malls. I’m singing with the windows down, unabashedly loud. Shouting, really. “I’ve reason to believe we all will be received in Graceland!”

I’m standing in Elvis Presley’s living room. I’m standing in Elvis Presley’s fucking living room. I’ve never considered myself a huge Elvis fan but I am absolutely giddy about this. I tap the man next to me on the shoulder and say, “Can you believe we’re here?” He squints at me over his glasses and frowns, “My iPad tour is stuck on the dining room.” The iPad tour is required for all Graceland guests. It is narrated by John Stamos. 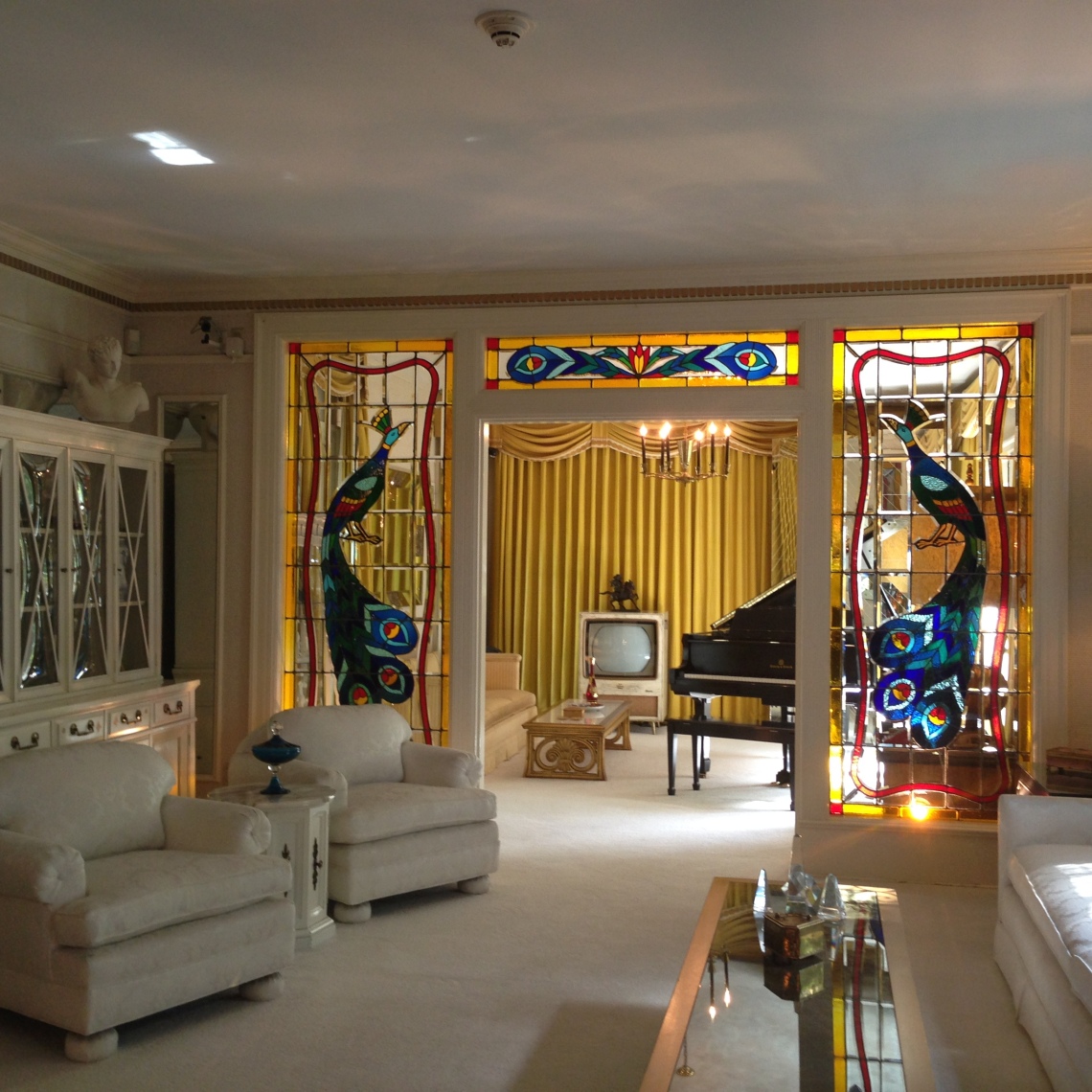 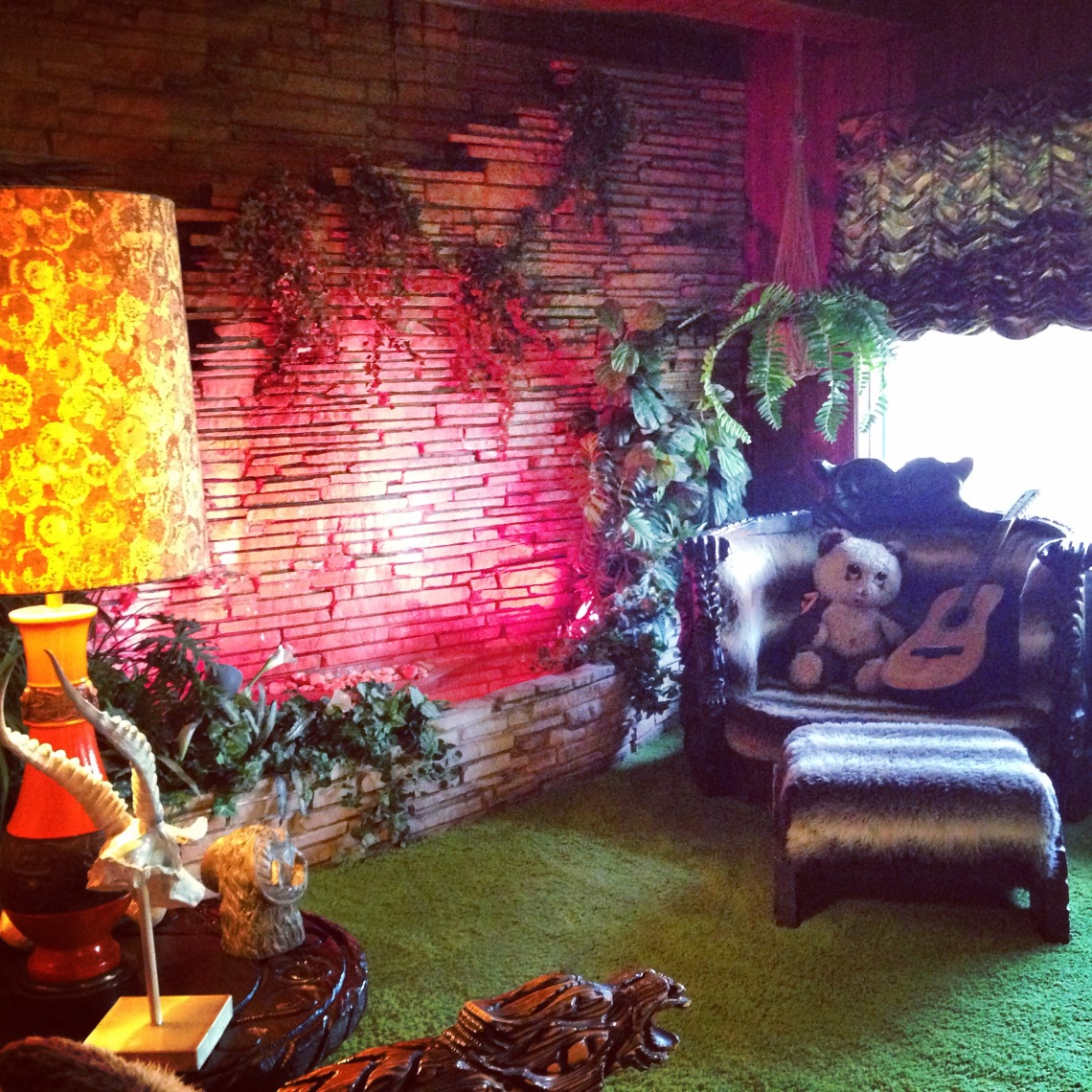